Texas truck drivers work long hours with very rigorous work schedules, and often have to meet unrealistic deadlines put into place by their employer or the shipper of the cargo they are carrying. This is when truck driver fatigue can set in, creating an extremely dangerous situation for the driver and other motorists. Fatigue and lack of sleep have become some of the primary contributors to highway truck accidents, not only in Texas but throughout the country.

Federal regulations limit how long a truck driver may operate a motor vehicle on Texas roads. A truck driver traveling along any Texas road is put in a difficult position. This is equally true of truckers on major highways. On the one hand, the driver must get from Point A to Point B and make his or her deliveries on time. On the other hand, he or she is supposed to ensure that they drive safety and get adequate rest. Sometimes this is just not possible, and a driver will often opt to sacrifice sleep before missing a deadline. Although the driver likely believes that he or she is fine to continue driving and does not anticipate an accident, this is no excuse for failing to comply with federal law and the driver will be found negligent.

Texas companies are supposed to make sure that any truck drivers they employ follow the regulations set by the State of Texas and federal laws. When one of their drivers fails to do so, they may also be joined as a defendant in an ensuing lawsuit.

An interstate truck driver must maintain a log book containing a record of when they are on duty, driving, resting, etc. This log book data can also be electronically monitored by an on board “black box.” Often, a truck driver will alter, change, modify, or “doctor” his or her log book to make it conform to the laws and hide the fact that they were actually driving past the acceptable number of hours. Comparing the hard copy log book to the electronically recorded data is very important in some tractor trailer crashes. Unfortunately, some lawyers have no idea of the intricacies of these laws let alone how to “download” the ECM data from one of these on-board computers. Do not just hire any Texas lawyer to protect you, contact one of the Texas truck accident lawyers on this page, as they are seasoned and experienced in handling Texas truck accident claims.

Texas trucking companies expect deliveries to be made on time. This can put undue stress on the driver to make his deadlines. As mentioned, however, there are federal regulations that govern the number of hours the truck driver is allowed to drive. A Texas long-haul trucker has a cab in the back of the truck and, after a certain amount of hours, the driver is supposed to go off duty, get some rest and sleep in the cab.

More times than most of us can imagine, truckers drive well past the time when they should call it quits for the evening. Fatigue sets in and the trucker’s reflexes slow down. Unfortunately, when this happens, innocent motorists are frequently injured or killed. The driver’s failure to take breaks and get the proper amount of rest, as prescribed by the law, can result in a catastrophic accident of a semi, big rig, or 18-wheeler along a Texas highway. In these cases, a Texas trucking company may be found accountable for the driver’s negligent behavior and have to pay at least a portion of the victim’s personal injury or property damage claim.

One of the most common ways truckers get adequate rest is to use a truck stop. If a Texas truck driver fails to get proper rest, which is defined under federal and Nevada truck regulations, then the driver will be found negligent if a truck accident occurs due to driver fatigue. These establishments provide a quiet parking space where truckers can pull over and sleep in their cab.

Don’t be a victim of driver fatigue. Truck drivers are required by law to rest, and you have rights if you have been injured by an overworked, fatigued truck driver.

Texas Truck Drivers are Experts in Their Field

Texas truckers are expert truck drivers. They have a commercial driver’s license and have chosen to drive large trucks professionally, as a career. As such, commercial truck drivers have a duty to do their job right. Just as a Texas truck accident lawyer can’t take a case and just “half-way” work on it, or do it a little bit, a trucker shouldn’t either.

Most often, in driver fatigue cases that occur on Texas roads and highways, the trucking company and the driver are at fault.

Truck drivers who fail to get adequate rest or who stay awake longer than the recommended number of hours may suffer sleep deprivation. Lack of sleep can severely impair judgment and slow the response time of a person who is sitting behind the wheel of a tractor trailer, big rig, or semi truck traveling along Texas streets and highways.

When a trucker driving in Texas becomes tired, sleepy, and fatigued, the trouble is compounded because one’s judgment can become impaired in addition to one’s response time. The truck driver won’t be able to think clearly and won’t be able to evaluate the extent of his or her own impairment. This makes the situation especially dangerous for fellow motorists.

If you have been involved in a truck accident in the Texas area, or a surrounding area, you are entitled to compensation, whether the cause was driver fatigue, recklessness, or poor truck maintenance. Act fast and hire a qualified Truck Accident Attorney to represent you! For more Question please visit this website @ https://fordandlaurel.com

An estimated 37,500 people die as a result of truck accidents and collisions in the United States each year. San Antonio is the second largest city in Texas, with a population of almost 1.7 million. San Antonio has its fair share of truck accidents due in large part to high population density and congested traffic patterns. As the county seat of Bexar County, SA is a sprawling area with a great deal of traffic congestion which leads to frequent automobile accidents of all types, including truck accidents. We also experience a high volume of commercial traffic through the Interstates.

Supporting Bexar County are several major freeways such as I-10, I-35, I-37 and 281. These major roadways and highways see a high volume of traffic each day. Bexar County, like any other large metro area in the United States, experiences a number of truck accidents which can seriously affect the lives of our County residents. It is in these unfortunate instances that you need a truck accident lawyer to advocate on your behalf. If you have a South Texas truck accident claim, call one of the truck accident lawyers listed on this site for a free initial consultation.

The above five references usually refer to a vehicle that has, when you count all the axles of both the tractor and trailer, a total of 5 axles, 10 brakes, an average overall standard height of 13´ 6´´, an overall length of 70´ to 80´, a total of 12 gears (10 forward and 2 reverse), and an overall maximum weight of 80,000 pounds without any overweight certificates. Compared to the average weight of an automobile, which is only 5,000 pounds, you can easily see how much more dangerous a large truck like this could be.

Then there are trucks that do certain things and carry certain items:

Then there are trucks that are commercial in nature but do not necessarily involve long haul situations. Some of the examples stay within the State of Alabama and some do not. However, when any one of these is involved in a wreck, it is advisable to retain a attorney with Big-Rig accident knowledge.

Limo Bus accidents occur running from and to;
Shuttle bus accidents driving to and from the airport, e.g., our Regional Airport;
Transportation buses such as Greyhound;

Truck accidents caused by semi trucks, big rigs, 18-wheelers, tractor trailers, buses and commercial vehicles are common on our streets, avenues, and highways. Many of the semi truck crashes that occur in the city of San nAntonio happen along the major highways, which include I-10, I-35, I-37, US-281.

When driving along a intersection, avenue, or highway, there are many factors that can lead to a commercial semi-truck rollover, jackknife accident, or tractor trailer collision. The consequences can be devastating, with very serious injuries that can even result in death. When truck drivers fail to take the necessary precautions to avoid trucking accidents, they needlessly endanger the lives of people who ride in smaller vehicles. Drivers of semi tractor-trailers and 18-wheelers are often pressured to work long hours in order to meet delivery deadlines. Drivers are required by federal law to take breaks and adhere to safety regulations, but they often take shortcuts when it comes to driver safety, resulting in driver negligence.

Under federal and state laws, a trucking company may be held liable for driver negligence occurring here. If you have been a victim of a tractor trailer or big rig truck accident in South Texas , or a nearby area, you are entitled to compensation for your injuries. A qualified truck accident lawyer or attorney who is familiar with the federal laws as well as Alabama laws and regulations regarding commercial trucking can be a great asset in any potential lawsuit against a trucking company. This is a good reason why anyone involved in a truck collision should consider hiring a truck accident law firm to represent them in their claim against the trucking company. If you live in South Texas, your lawsuit will be filed here: 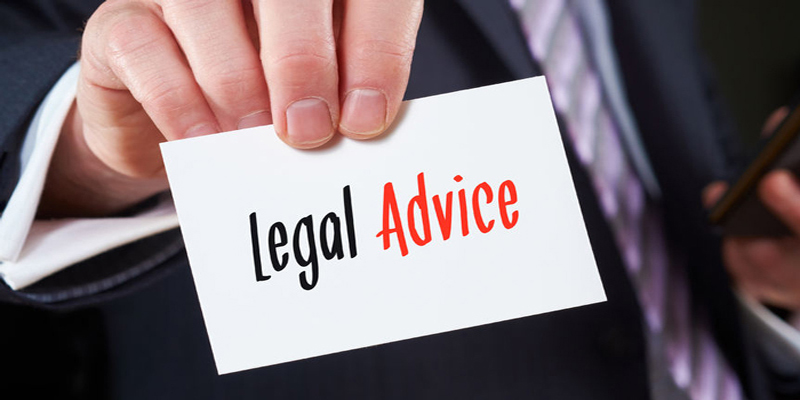 Family cases are filled with emotions. When you need a sounding voice to help you get through it, you can seek expert help from our legal services. With many years of experience, attorney, Julie A. Wehnert can help guide you through the legal matters and help you make the best decisions for you and your family’s situation.

Reassure me that you’re all I need

Services you can expect to receive